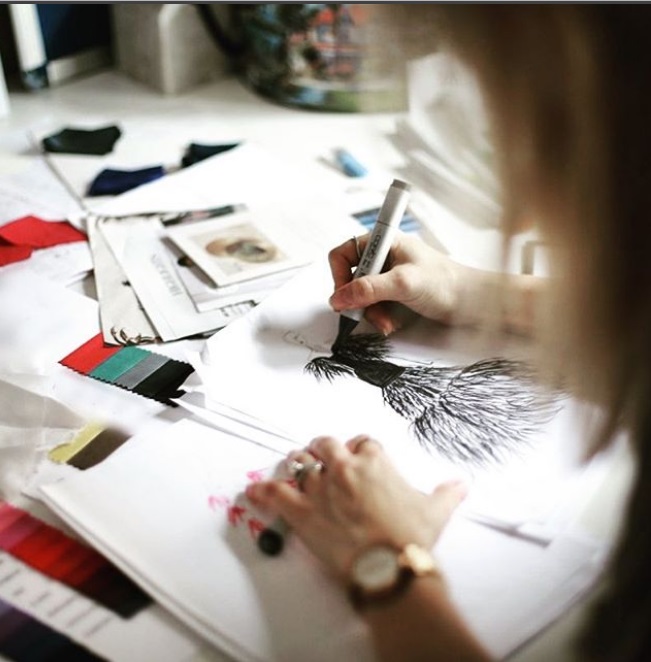 It’s been a while since I last posted a designer’s profile, – happily the time has come to introduce you to an new face in the local fashion scene, given that in recent days I had the pleasure of meeting Vanessa Moe, a Sydney Based fashion designer and creative mind behind her eponymous brand; we chatted about her beginnings and creative journey, which I’m thrilled to share with you.

Over 10 years have gone by since a teenage Vanessa left her home town in Brazil to start a new life in Australia – Her calling developed at an early age when she began upcycling her parents clothing; then as a teen she was designing formal wear for her sisters and friends, and by college it became clear what her path in life should be.  Experimenting with various materials and methods led her to become the first designer in her university to create 3D-printed apparel in Australia. Not long after that, her debut in the local Fashion scene took place during MBFWA 2015 as part of the young designers selected to showcase the Next Gen runway, – Vanessa’s work was highlighted in various publications globally, including the Huffington Post and the Daily Telegraph. Taking her inspiration from art, culture and nature’s forms, Vanessa Moe explores a lavish sensibility through her bespoke made to order designs, fabricated with natural fibers, implementing innovative techniques and technologies, but above all – a sustainable philosophy, giving a sense of uniqueness and distinctive character to every piece conceived. Her often experimental and avant garde approach to fashion has been featured in major editorial displays, – her most recent one for Bazaar, with Kendall Jenner wearing one of Vanessa’s head pieces.

The now Sydney based up and coming designer prefers to be known as a creative mind. Moe has kept her work steady and free from the fast-paced conventions of today’s fashion while getting involved in collaborations and creative projects, such as costume design for music bands and interior design.

Her most recent runway experience took her back to her roots in Sao Paulo Fashion Week 2017 – Paying homage to Aboriginal Australian Culture, she showcased her capsule collection CIRCLE , it was as she describes a meticulous work which involved exhaustive investigation to best represent the heritage of her adoptive land. The collection inspired by Indigenous Australians refers to body paints, rituals and contemporary art of the oldest living culture.  One of the highlights of the show was the models for the collection, who traveled from various parts of Australia to Brazil, to mark the first time that a casting composed of all Aboriginal women were featured on an international catwalk. As a designer, – What’s your DNA, your signature?
To be artistic and  creative and create beautiful distinctive silhouettes
2. From your perspective, what changes are needed in the fashion industry to promote sustainability…?
There are a few things that the industry can do , but luckily (and amazing to see) that a lot of designers are discussing sustainability and making changes.
Changes can be from the choice of material, dyes to production line
A style advice you’d give to our readers.
Hummm be yourself ?  I guess its a good one !

The most wearable trends from MBFWA 18 - All about comebacks