Theme License is not active! Please Activate it now to get started or if you don't have one - Buy it now.
People to watch- Meet Kirsty McKenzie
Search
Stylish Journal 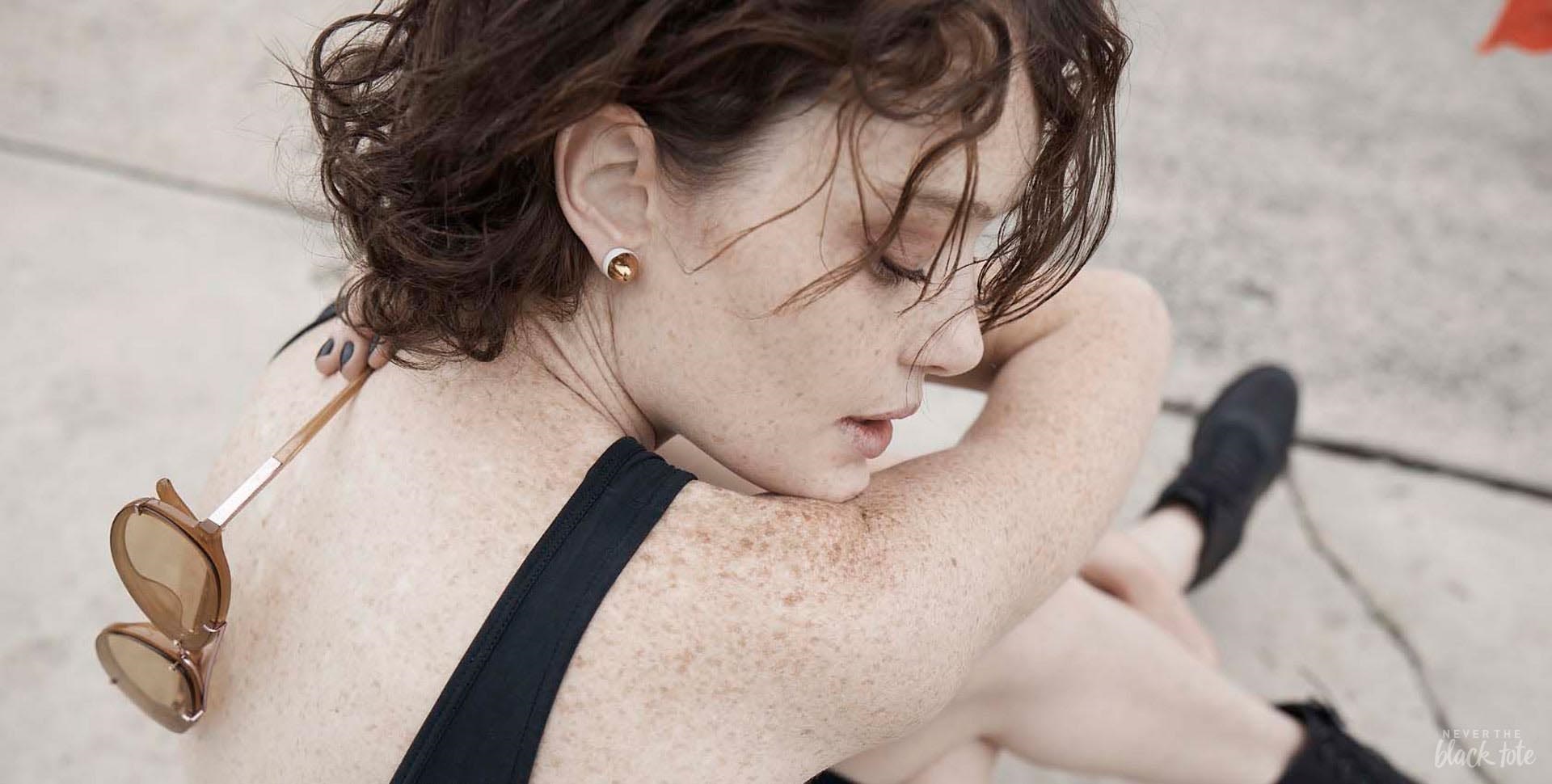 From walking down the runway to debuting as an actress in recent Aussie indie films, and with a passion for all things creative Kirsty McKenzie is undoubtedly one to watch. This Scottish-born, raised in South Africa gal is now paving her way down under and is in demand. Aside from her acting schedule, her days are filled with interesting gigs and projects – starring in music videos, stage performances and ongoing acting training which can include intense martial arts if a role requires so. Gifted with a chameleon-like quality and strong screen presence Kirsty has proven she has the craft, gathering recognition as Best Actress at “Sydney Smart Phone Film Festival, 2017 for her role in Rearview, as well as Best supporting actress  at “End of Days Film Festival, 2016 for the International short film Brainless Killers -With her drive, charisma and determination it is safe to say there will be more added to her resume.

I met this talented girl gracing the catwalk at a local fashion show back in 2015 and stayed in touch via Instagram, since then; being observant of what she has accomplished so far, and for what’s yet to come I thought it would be great to have her as a guest with a candid interview to share with us a bit of her journey so far, her current developments and thoughts for the future; If you haven’t met her yet watch closely because we’ll be hearing great things from her.. 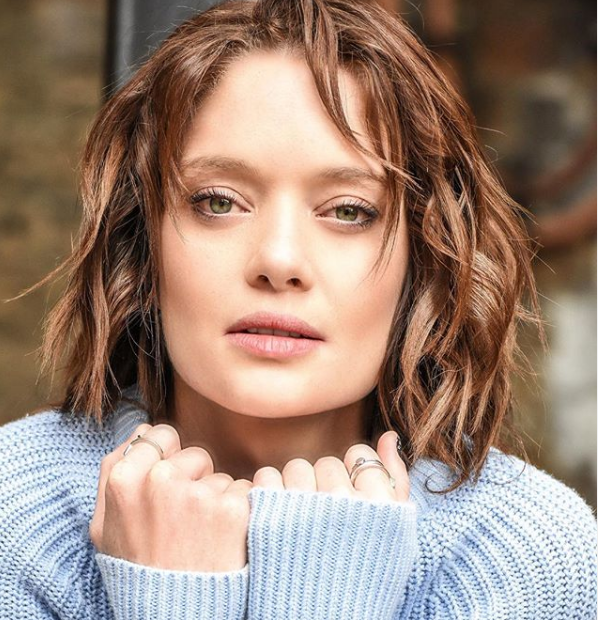 How would you best describe yourself at this moment?  be it Creative, artistic, multi-talent?
Definitely as a bit of a combination of all-of-the-above. I don’t feel as though you can be one them, without traits of any of the others (can you call yourself an artist if you aren’t creative, and vice versa). There are days where I find myself leaning more towards one thing. So some days I literally bury myself in art and sketching. And other days I immerse in a new accent and character and creative endevours- I think everything about the creative arts has something I connect with.

What does a regular day in your life look like?
Not regular. Hahaha. Normally some sort of chaos unfolds- interspersed with moments to breathe and take in the day. I tend to do a lot of different things, from acting, supervising events, tutoring, to assisting directing and working in admin. Most days I work, and every day involves good coffee and doing something I love . But apart from that- it’s an entertaining ensemble of different daily adventures.

Best project you’ve been involved with so far?
Wow, that’s tough. Mmmmm….I think it’s between Rearview, which I won Best Actress for, Brainless Killers which I got Best Supporting Actress for and got to work with the epic Odd Studios and A Blaster in the Right Hands, the one I am currently working on (again with Odd Studios). On Rearview, I got to work with a best friend and incredible director Ren Thackham- so when you get to just have fun on set, create awesome content and you’re with a close friend- it’s hard to beat. But A Blaster in the Right Hands has been such a physical challenge on me personally. The role requires a lot of fitness and physicality (think superhero). I’ve gone from literally unable to do a forward roll, to being able to hold my own in Muai Thai, do the splits and maybe even hopefully a backflip in the not too distant future (I have had A LOT of help- thank you Igor MMA). It has been the most fun adventure transforming my body for a role and getting to do action is something I’ve always wanted to do. So, this project just feeds my soul on every level. 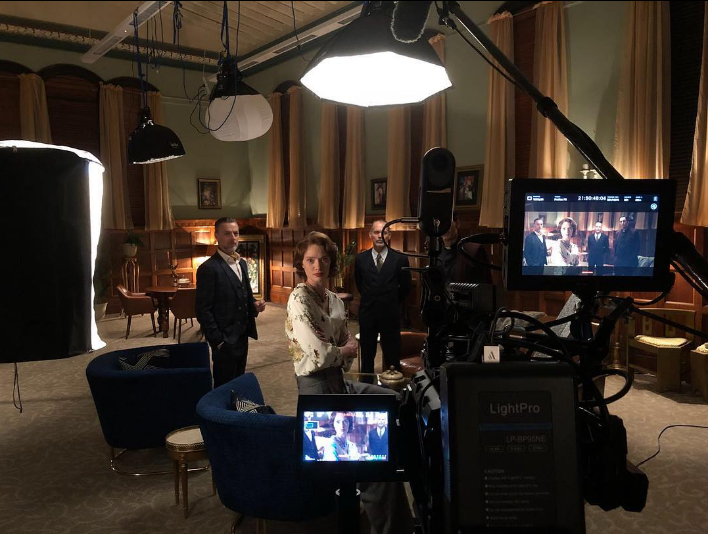 The best part of your job
Ah the whole atmosphere of working with other creatives. From character development, to being on set, the whole experience is just so rewarding. I have said it before, but the people you get to work with in the industry, really are some of the most incredible people you can encounter. I think also getting to release your inner child and still call it a job- that’s just epic.

The not so nice part of your job
The ups-and-downs of going from job to job. You sometimes never know when the next project is going to come in, and the stress of not working and constantly “doing” can be tough. And when you finish a job, often teams go their own way- so it’s like splitting up a family, so the sense of loss is something I sometimes find hard to take. Especially after the two feature films in which I played a lead- you spend such a long time with these amazing people and creating connections on set, and after they call the final cut…it’s like that journey has come to an end. That’s never easy. 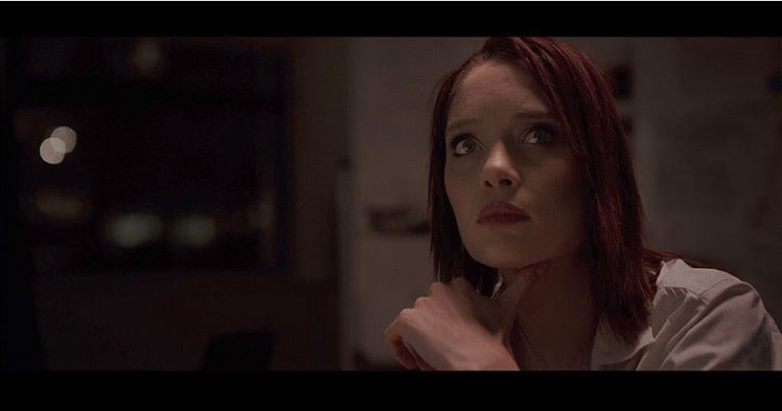 Kirsty as Detective Swan in the film Guilty

The acting environment is pretty competitive everywhere, how did it come about for you, and what challenges have you found along the way?
Hahaha, I tell this story a thousand times. I literally fell into acting, when my modelling agent at the time, gave me a call and said “they need skinny, sick looking people as extras for Mad Max Fury Road- are you keen?” At the time, I fit the brief so precisely and I’d never even seen a movie set- so I jumped at the chance. I have never looked back. I fell in love with films sets on the first day- and since then, I just pursued acting with all I could.
I think one of my biggest personal challenges, was thinking I knew better than those around me. In short, I was an entitled little shit. I felt entitled to roles, and angry when I wasn’t booking work. I blamed everyone around me for the fact that I wasn’t an overnight success story. I assumed having modelled, acting was a given. It took me a couple of years and lots of training, to realise that nothing in this world is owed to me. Not a single thing (apart from maybe my rental bond back at some stage). I look back and cringe at what I was like. But I now take a pride in that I have actually come a long way since those initial days. I have come to appreciate work. Appreciate the little things. Am incredibly grateful for the amazing people in my life. Know that my success is the result of working with really talented people. And have realised that my love for the work and craft is what drives me.

Any plans to move to a different country for more opportunities or still exploring the Aussie environment?
Mmmmm…. You never know right? Australia has been the one place I now call home. I adore Sydney. But my trip to LA stole my heart and I have been longing to get back. I think at some stage I will travel and live elsewhere, but I hope to always have a base in Sydney. 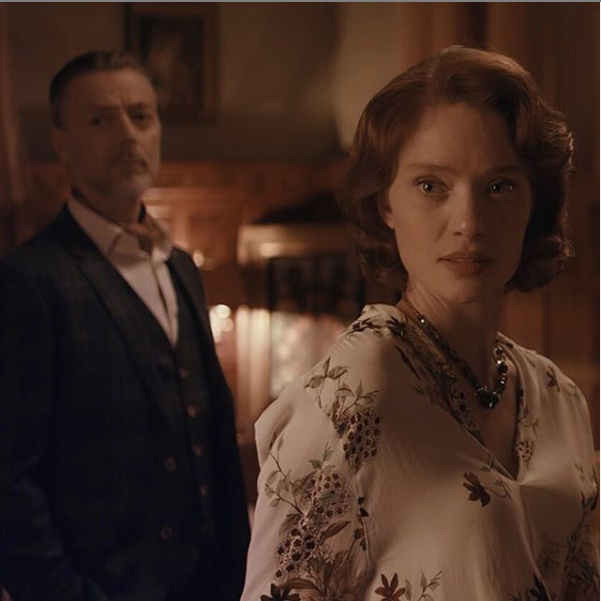 Casting wise, as a model and actress how do you deal with not being selected for a job, and what lessons can one learn from that?
You cannot be everything to everyone. Sometimes you fit the concept, and other times you are just not meant for it. I personally believe in God having a plan for me. Whether I see it, like it, understand it or not. My parents have a really great Scottish saying (I’ll translate 😉 ) “what is meant for you, shall not go past you”. And I believe that. I mean, you might miss out on a job because you remind the director of an ex they despise…. when you see it like that, you think- like wtf. And there is NOTHING you can do about it. So don’t get caught up in the “why not me?” way of thinking.

I think the thing I have learned, is to be confident in myself and love myself, because then no amount of rejection can take it away. I mean, rejection always hurts- but if it didn’t, the project wasn’t probably worth it anyway. It’s being able to go “damn I wanted it. Damn, not getting it sucks big hairy balls. But screw it, something better is coming my way”.

Modelling and acting can be a pretty hostile environment for some, have you found yourself in such  a situation? How do you deal with it?
Yeah…..I think more so the modelling than the acting. I remember a time in a model house in Milan when someone put something in my bag, then accused me of stealing it. I was mortified. I think anytime you put 8-10 moody, hungry, hormonal and competitive people in a confined space with language barriers between them, it makes for a cooking pot of drama. I actually don’t have any profound advice for getting through it. Be true to yourself. Know yourself well enough to not let other people negatively influence you. If you can do that- I think it’s a great start to handing those situations. 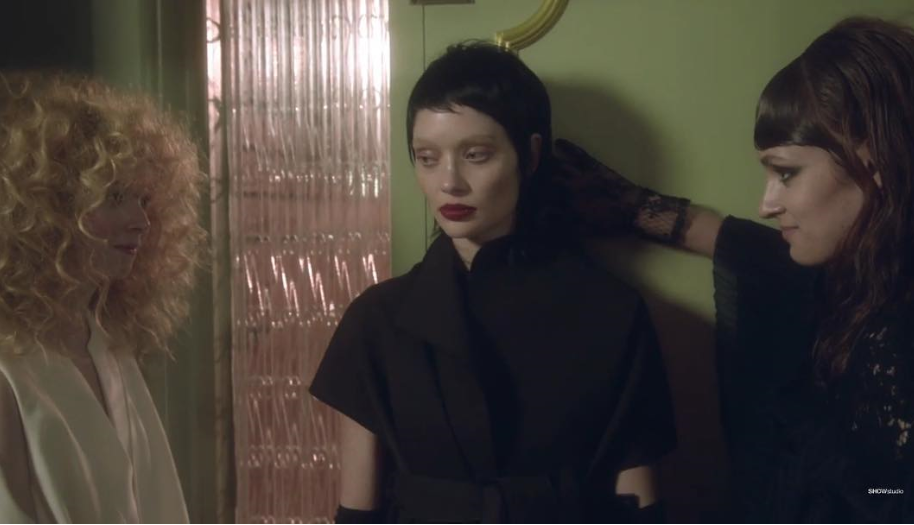 Any role model in particular?
SO many. I love a good underdog story- so people who, on the brink of giving up, pulled through (I am thinking Chris Pratt or Michael Caine). Or people who have found their passion later in life- and then blown the world away with what they do (John Krasinski is a prime example).

Last but not least can you share with us your tips to stay in shape
Hahaha- work out. And stick to it. I personally love staying fit and pushing myself, so I exercise about 6 days a week and have an advisor who helps me tailor my workouts (especially for the action film training). I think find something you love doing as physical activity and do that. If you hate doing an exercise- replace it. Or resentment builds, motivation soon dwindles and before you know it, you’re on the couch watching The Bachelor eating Ben and Jerry’s out of the tub…. I mean, not like I would know that right…Of course not. Purely hypothetical. Set yourself goals and then enjoy the feeling when you smash them. Getting the splits was a major thing for me- and I worked so hard to do it, and that feeling of HELL YEAH was worth every bit of the sweat and tears.
You can’t out train a bad diet though- and if it’s something you struggle with- get advice (from RELIEABLE sources. Wikipedia is not one of them). I didn’t know a lot about food and nutrition in terms of training, but having someone to help, guide and work with- really made things easier.

Thanks for your reading guys!

Beauty Products you should know - Cremorlab